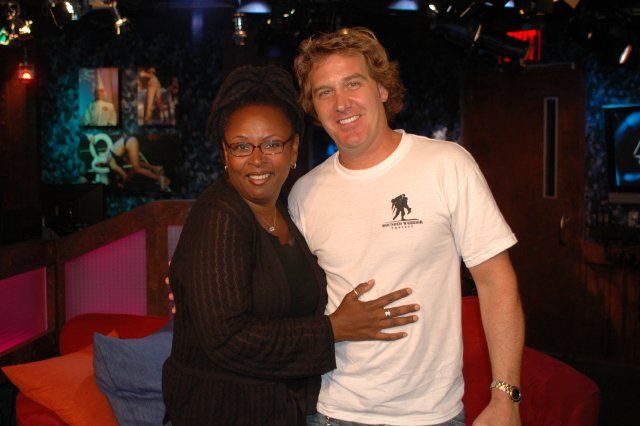 Howard asked Robin Quivers was going on between her and Jim Florentine, noting he thought they were “very much in love” and just trying to downplay their relationship to avoid potential embarrassment if it doesn’t work out.

Robin replied that Howard was insane and “making up stories in [his] head.”

Howard wondered if Robin was in love and Robin said, “I could not say.” Later, she admitted, “Of course I have feelings for him.” Robin went on to say Jim was “impressive,” “amazing,” and a “deep thinker.”

Howard asked if Jim had really treated her to everything during their trip to Florida, so Robin admitted she hadn’t seen a single bill. Robin also revealed she and Jim enjoyed a very relaxing massage together at a spa.

Marianne from Brooklyn called in to ask if Robin and Jim were “exclusive,” and Robin confessed she wasn’t dating anyone else.