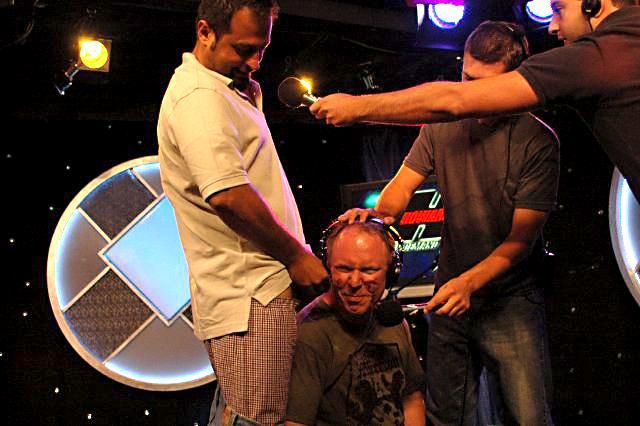 Howard announced that Richard was willing to sing “The Star Spangled Banner” with Sal’s balls in his mouth in order to win a limited-edition (there are only 100) “Simpsons” X-Box. Sal came in to say there was nothing in the stunt for him, so Howard told him that the honor of having “Captain Sack” called into action should be enough for him. The crew pooled their money and came up with $600, but Sal insisted he was already getting strange looks from people at his church – $1,000 would make it a deal.