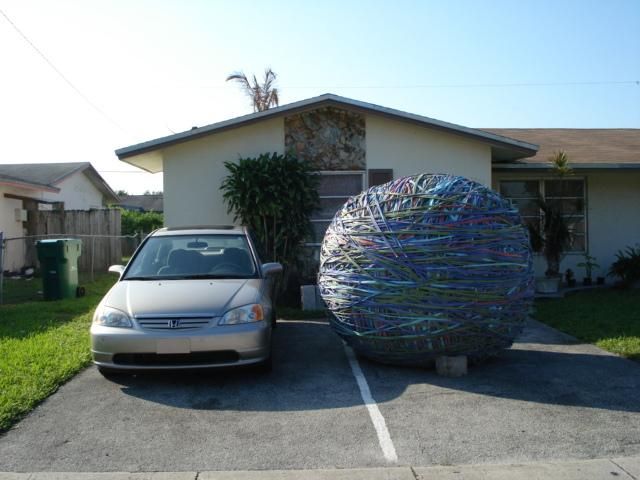 Howard got Joel, a guy who claims to have the world’s largest rubber band ball, on the phone to discuss why a black man would have such a “white” hobby. Joel admitted that it wasn’t a normal thing for a black guy to do, but said after seeing a giant rubber band ball dropped from a plane on “Ripley’s Believe It or Not,” he felt he just had to emulate the stunt. Howard asked Joel if he was a virgin, and Joel confessed that he wasn’t – but he hasn’t had sex in over a year. Howard asked about the rubber bands Joel used to build his ball, and Joel explained he started with normal rubber bands but now uses huge rubber bands made for furniture. Gary came in to note that when the furniture rubber bands accidentally snap, they tear through Joel’s clothing. Howard suggested that Joel next make a ball out of his used condoms, but Joel claimed his next stunt was to set the record for wearing the most facial acupuncture needles.

Joel explained that he called his rubber band ball either “Nugget” or “Megaton,” and though he wants to have it dropped from a plane, he fears it will “smash” instead of bouncing, as it’ll weigh 20,000lbs when he’s done. Artie asked if the guy with the biggest tin foil ball had ever contacted him, and Joel replied that some of the other ball-makers (both rubberband and tin foil) “talk shit” about him on Myspace. Howard then thanked Joel and wished him luck with his ball.