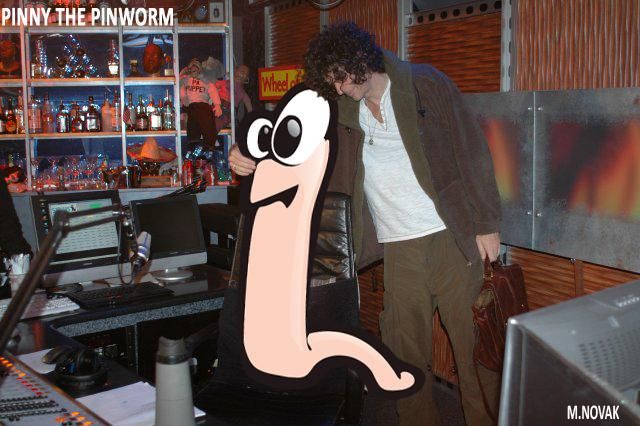 Will came in to say he used to get pinworms a lot when he was younger, and his dad was the one to look for them. Will offered that Howard’s mom wasn’t creepy; the worms are easier to see at night. Robin agreed, noting an Internet article about how the female pinworms leave your anus at night to lay eggs in the surrounding skin. Howard decided that the idea was so horrifying, the next movie he produces will be about pinworms.