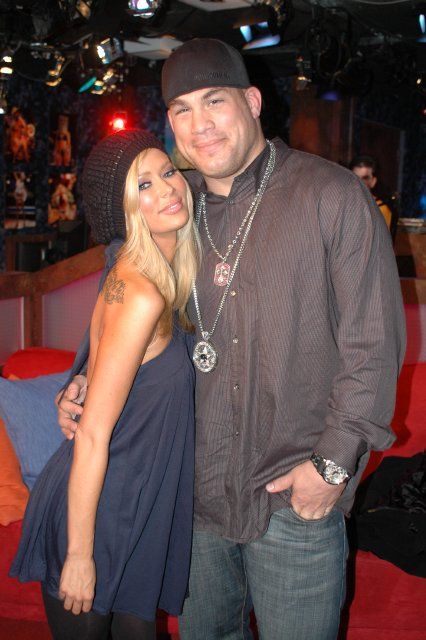 Jenna Jameson and Tito Ortiz stopped by and Howard asked Jenna how her divorce had gone. Jenna confessed that it was still ongoing; she’s in the process of splitting everything she owns in half. Howard wondered if the divorce is what caused Jenna to lose so much weight, and Jenna admitted it was; at her lightest, she was 95 pounds, but she’s now managed to put some weight back on. Jenna told the crew that she recently replaced her D-cup implants with small C-cup implants, and though she wouldn’t show them, Tito claimed they were “awesome.” Howard asked Jenna what changed her mind about being a lesbian, so Jenna cited Tito; “He’s good at the same things women are.” Howard wanted Tito to show the crew his technique, but Tito resisted; “I’m a behind-closed-doors kind of guy.”