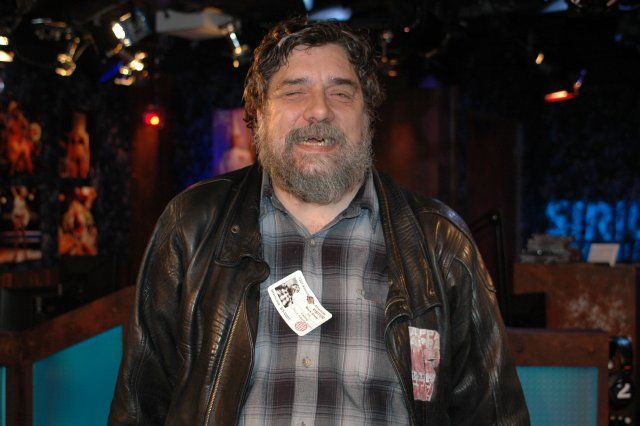 Howard announced that he had some clips of Bigfoot being tested on his spelling skills. Sal and Richard made it really easy on Bigfoot by only asking for the first letter of each word. Unsurprisingly, Bigfoot’s knowledge was all over the board. Howard quizzed the staff; reading the word, collecting guesses (“Will Bigfoot know the answer?”), and then playing Bigfoot’s answer: “Alphabet.” Robin thought there were two ways Bigfoot could get it right, so she said yes. Howard said there was no way Bigfoot would know the answer; “Maybe [he’ll guess] ‘L.'” Bigfoot knew it was “A.” “Dog.” Howard got a caller on the line to play for $500, promising that if he could guess 3 out of 5 correctly, he’d get the money. The caller said yes. Robin and Howard agreed that Bigfoot wouldn’t know. Bigfoot guessed “B?” “Anus.” Robin yes. Howard yes. Caller yes. “K?” “Cat.” Robin yes. Caller yes. Howard no. “C.” “Zoological.” Robin no. Fred no. Caller no. “Z?” Everyone was blown away. Wordsmith. Everyone thought there was no way Bigfoot would guess correctly, and when he said “C,” Howard awarded the caller $500, thanks to Robin getting him a second chance. “Bigfoot.” Everyone correctly guessed that Bigfoot would know his own nickname; “B!” “Toy.” Howard bet Artie $50 that Bigfoot wouldn’t know the letter, and Artie took the bet. Bigfoot answered “B,” winning Howard $50. Artie wanted to double it up on the next word, “Letter,” and Howard obliged. Bigfoot answered “L,” so Howard handed Artie his money back. “Telepsychic.” Bigfoot answered, “D,” which everyone had to admit was a decent guess. “Psycho.” No one thought he would know it, except Artie. Bigfoot’s answer: “S.”