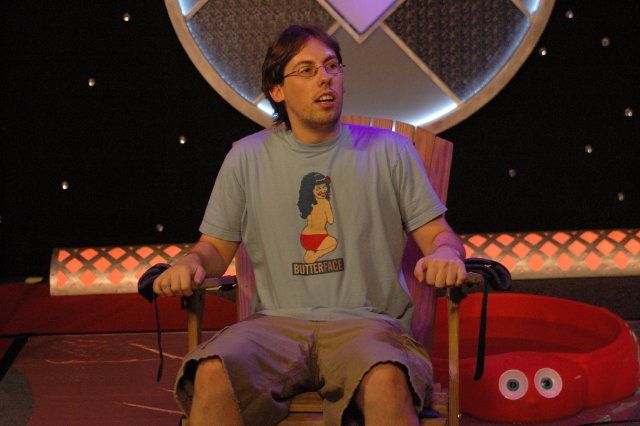 Howard started off the show playing some clips from “Tales from the Brookhaven Facility,” a series about the morbidly obese. The crew was surprised to learn that one of the Brookhaven patients had a girlfriend – and wanted to know how that fact made JD feel. Artie joked that the black stripper JD likes at Rick’s Cabaret is allegedly Brookhaven-sized, so JD came in to dispute the story.

Howard remarked that he heard JD’s feud with Jared Fox started over fantasy football. After the crew told him about JD’s faux-full life (fantasy football, Guitar Hero, and strip club relationships), Howard told JD, “If I was you, I’d live in a fantasy world too,” adding that there is “a radio show in you somewhere.” JD said he’d be glad to do his own show, but he was having trouble coming up with a concept. A caller then asked that JD take off his headphones. JD relented, and the caller explained that he wanted to test a hypothesis: JD would say “whatever,” “I don’t know,” or “you know” at least 15 times in any two-minute conversation. Howard and Robin took the under, and Artie took the over. Howard then asked JD to explain fantasy football for two minutes, so JD obliged, eventually uttering the key phrases a total of 6 times.