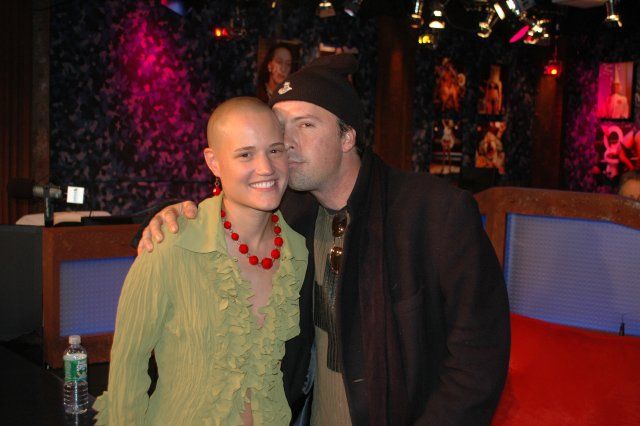 Comedian Doug Stanhope stopped by to promote his upcoming stand at Caroline’s, and Howard immediately asked after Doug’s girlfriend, Bingo.

Doug said Bingo had recently been hallucinating again and had to go back to the mental institution, where she’s the “high-achiever” in charge of the lighter the loonies use for their cigarette breaks. Doug then noted that Bingo’s hallucinations often strike in the middle of the night, and it’s difficult to tell her that what she’s seeing isn’t real, as it makes her cry.

Howard wondered what Doug’s parents thought of Bingo, so Doug explained that his dad was dead and his mom was battling emphysema.

Howard asked Doug if he was an alcoholic, and Doug admitted that he might be: he drinks 6-10 beers a night to get through the shitty conversations he has with people he meets on the road. Citing Gallagher as an example, Doug said that sooner or later, you’re not funny anymore; “Eventually you’re gonna suck. Will I know it? Will I care?”