Johnny Fratto and Eric the Actor Call In 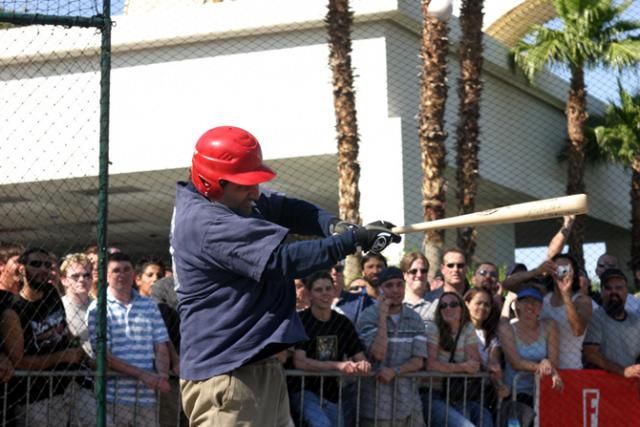 Howard asked Artie if he would lose weight to play an exhibition game with the Yankees (like Billy Crystal), and Artie said yes, promising he’d lose as much weight as Howard wanted if he could set it up. Artie then cracked everyone up by claiming he wouldn’t strike out against a major league pitcher. Gary came in to ask if Artie thought he could get a hit off John Maine (Mets ace and big fan of the show), and Artie thought he might; “If you gave me five at-bats, he wouldn’t strike me out every time.” Howard then demanded that Gary do whatever he could to get John Maine to pitch some batting practice for Artie, but Gary said there was no way the Mets were going to put John in a position where he might hurt himself (particularly for The Howard Stern Show). Howard shot back that Artie could just stand there with a bat while John warms up, but Gary still didn’t think it would happen. Howard blew up at Gary, yelling that he was talking John out of the bit before it’d even been pitched to him.