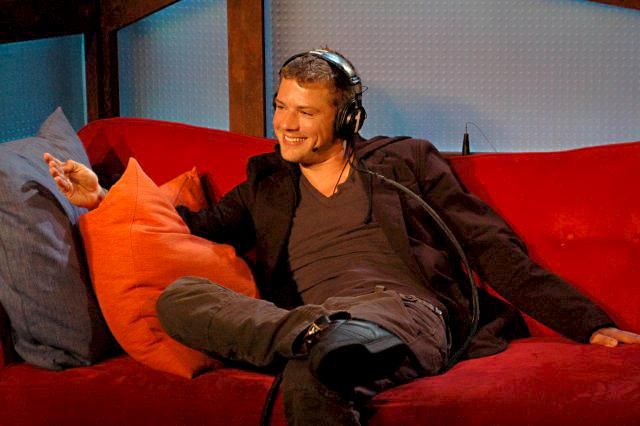 Ryan Phillippe (pronounced Phillip-ee) to the studio to promote his new film, “Stop-Loss,” and started things off by telling Howard that he’s been listening to the show since he was 13; “When I think about it, you’re voice is the one I’ve heard the most of in my life.” Ryan added that he even ditched a school trip to Philadelphia to attend Howard’s infamous DeBella funeral. Howard asked Ryan about the story behind “Stop-Loss,” so Ryan told the crew that it addressed the “backdoor draft” the military uses to extend/abuse the contracts they have with soldiers who’ve already fulfilled their obligations. Howard wondered if it was difficult for Ryan to see his ex-wife, Reese Witherspoon, become one of the highest paid actresses in Hollywood, but Ryan replied that he wasn’t doing so bad himself. Howard ran Ryan through the usual questions, and Ryan admitted that he lost his virginity at 17 to a “slightly-older” woman, was too young when he married Reese, and has “absolutely” become aroused when he filmed love scenes. Ryan refused to say which co-stars raised his rod, but he did list some of his on-screen lovers, telling Howard to guess which ones had a hardening effect; Salma Hayek, Natassia Kinski, Kelly Lynch, and Angelina Jolie.

Ryan claimed he identified with Artie’s “life and mental state,” saying that all the rumors and tabloid stories surrounding him lead to some “dark moments,” but he’s trying to stay above it all by working out and staying healthy. Howard listed some of the women Ryan had been recently linked with (Britney Spears, Ashlee Simpson, and Lindsay Lohan), and Ryan denied banging any of them. Howard asked if Ryan got anywhere with Abbie Cornish, his “Stop-Loss” co-star, but Ryan wouldn’t reveal much; “That’s what they say.” Ryan noted that he once paid $250 to Beetlejuice’s Website for a bust of Beet’s head, but it never showed up. Bobby, Beet’s new manager, called in to say he’d “look into it,” leading everyone to laugh that Bobby should just give a bust to Ryan – there’s no way he’d lie about the purchase. Howard told Ryan he’d give him his Beet bust, but Ryan refused; “No, ’cause then I’d have to travel with it.” Artie then put his shipping prowess to work and solved the issue; “We’ll FedEx it to ya.”