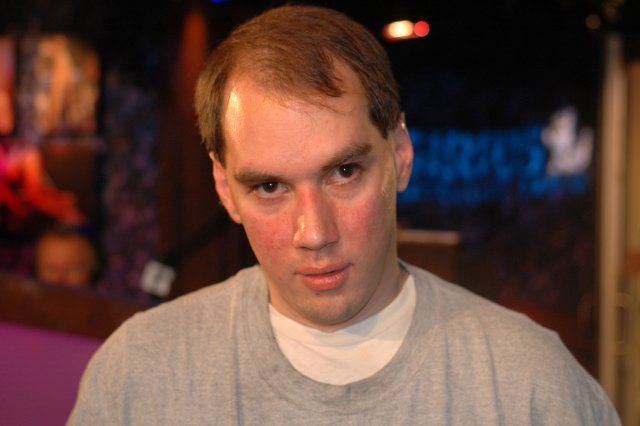 George asked Artie what was going on with the anti-“f*g” PSA he had promised to record for the Human Right’s Campaign, so Artie admitted that he wasn’t taking it seriously. Artie added that the guilt he originally felt (over the “I’m really gay” prank he played on George during his last appearance) was now gone. Artie said he tried to read the HRC’s PSA script – and even tried reworking the bullet points – but there was no way he could make it sound genuine. Howard played a clip of High Pitch Mike’s most recent “Lowdown,” which pleads with George to reconsider inviting Artie to record the inevitably disingenuous PSA. George said he understood Mike’s point, so Mike came in to back up his statement; “If he’s going to call me a f*ggot, I’ll walk out of here. There’s humor in it up to a point, but now it’s disgusting.” George asked Artie what triggered his recent blow-up at Mike, but Artie blamed the whole thing on Mike.