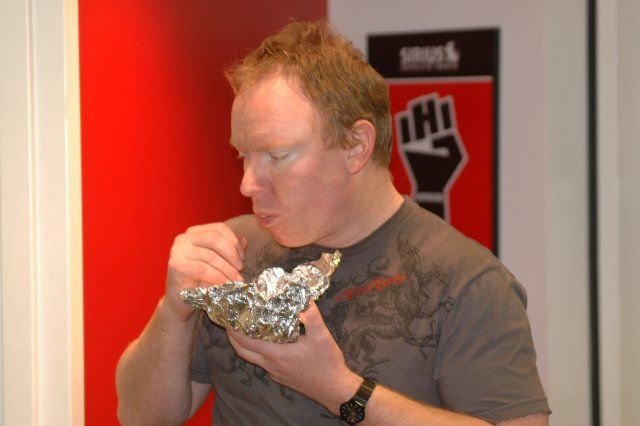 Howard reported that Richard’s birthday was this week and described Richard’s creepy birthday ritual: he orders a Papa John’s pizza and cheese-sticks and then sits down with some champagne to watch a couple of the “Halloween” movies (One and Three). Artie wondered why Richard would order pizza from a pizza chain when he could get a pie from any one of the authentic pizza places in New York City, so Richard came in to say he loved Papa John’s butter-garlic sauce.

‘Roastwriter’ Volunteers For a Tongue-Lashing