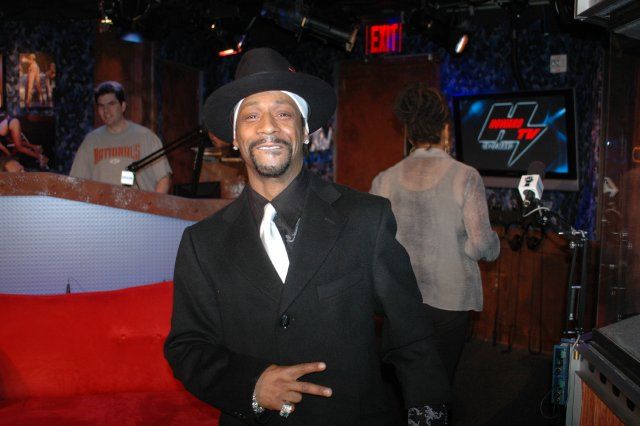 Katt Williams stopped by to promote his new rap album, and Howard and Robin were blown away by how much jewelry he was wearing. Katt first claimed all his jewelry was cubic zirconium – but eventually admitted they were real: “I like reminders of how well I’m doing.”

Howard wondered if Katt was scared of being held up for his jewelry, so Katt explained that he was no more worried than any other rich guy. Howard noted that Katt was currently the second highest-grossing comedian, and Katt said he was “comfortable” with his ranking behind Larry the Cable Guy: “I love Larry.”

Howard and Katt then bonded over the comedic good fortune born of Barack Obama’s possible presidency. Katt also told the crew that he was homeless during his teen years and would jack car radios to survive; “Nothing was fun about it except for the chance to [collect material for his later career as a stand-up].”

Katt said he’d adopted seven children, but he’s trying to get away from using the word “adopted,” as he feels it drives a wedge into a cohesive family unit. Howard asked Katt what he thought about Madonna and Angelina Jolie adopting children from African, and Katt admitted he was confused: “I don’t get it. It seems like a long way to travel.”

Howard then asked if Katt ever got to hang out with Eddie Murphy, as they co-star in a few movies, but Katt denied it: “No. He’s got real money.”

Gay Ramon called to ask if Katt had ever had his “salad tossed,” and Katt confessed that he had not (by a man or a woman): “I couldn’t imagine that being much fun.” Robin wondered if Katt was single, so Katt admitted that he was “between special ladies right now,” especially now that he’s out on a hundred-city tour.