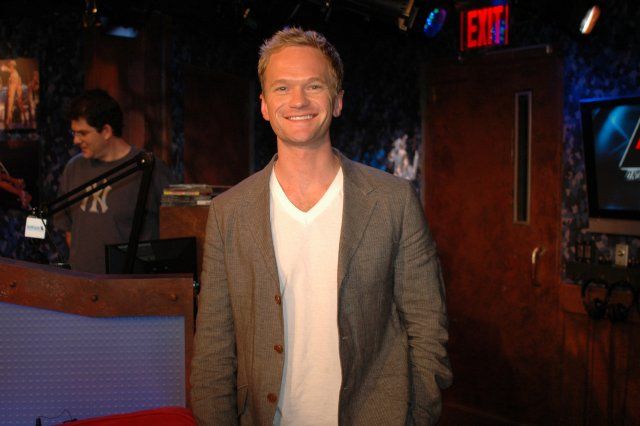 Neil Patrick Harris stopped by to promote the upcoming “Harold & Kumar” sequel and noted that he was a big fan of the show, but since he has DirectTV, he’s never seen any episodes of HowardTV. Howard decided to show Neil what Eric the Midget looks like, and Neil laughed, “Wow. I never would have expected something like that.” Eric the Midget then called in to talk with Neil, but he droned on so much that Howard had to hang up on him. Neil told the crew about the “strange dynamic” of being a child star in Hollywood, citing the tough time his parents had during his early career. Howard asked Neil if his recent comments about the show not needing stunt casting were in reference to Britney Spears, but Neil denied it: “She has people within eye-contact to make sure nothing’s going out of control. Everyone’s looking for dirt about her, but there wasn’t much dirt.”

Howard wondered if Neil was pissed at Perez Hilton for outing him, but Neil didn’t really seem to care: “It’s a tricky subject because people decide [on their own]. Perez comes from a different generation where [being out is] a non-issue.” Robin asked when Neil determined that he was gay, so Neil explained that he suspected he was gay for a long time before deciding he wasn’t just awkward. Neil added that he’d even slept with 15 girls during his awkward phase, including Christine Taylor, who is now married to Ben Stiller. Neil admitted to losing his virginity to a college girl, and – despite his sexuality – actually finished embarrassingly quick. Neil didn’t discover he was gay until he was seduced by a fellow male cast member of “Rent”: “It was a holy-shit-what-does-this-mean moment.” Artie laughed, “No shit.” The gang then tried guessing at Neil’s salary, and Neil eventually ended the speculation by citing Artie’s guess (“50 or 60 thousand”) as the closest.

Howard presented Neil with a few “F-Marry-Kill” scenarios. Neil first chose to F Stallone (as he’s the most manly), marry Tom Cruise (for the money), and kill Travolta (because he’s creepy and looks odd). In the second, Neil chose to F Conan, kill Leno, and marry Letterman – all for obvious reasons. Everyone agreed that that was the right answer. In the final scenario, Neil chose to F Howard, marry Fred, and kill Gary.