Musician and his son discuss "Rock the Cradle" 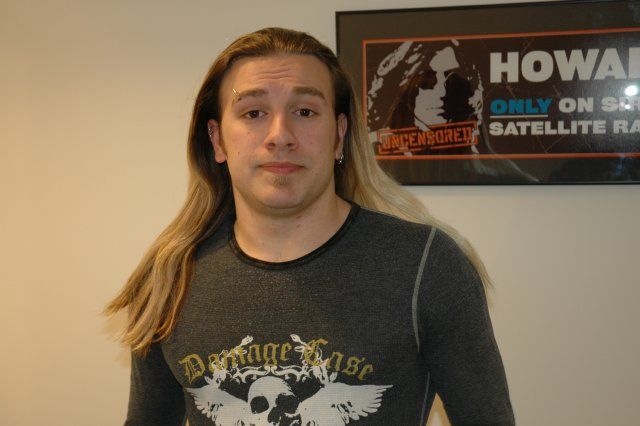 Dee Snider and his son, Jesse Blaze Snider, called in to promote Jesse’s appearance on “Rock the Cradle,” and Dee noted that MTV was a little disappointed that the show was successful with viewers over 18-years-old but not, as they’d prefer, the 12-18 age group. Jesse said he had respect for fellow contestants Crosby Loggins and Lucy Walsh, adding that Olivia Newton John’s daughter wasn’t bad either. Jesse took issue with Joe Walsh for not supporting his daughter Lucy on the show, saying that Joe doesn’t show up for his daughter’s performances or appear on camera. Howard explained that Joe might be bitter about MTV using his daughter to get him on camera, but Jesse hinted that there was more to the story. Howard then took issue with the way Jesse’s overbearing mom dresses him, but Dee defended his wife, citing her quality work on Howard’s old Channel 9 show and Jesse said that he didn’t feel she was being overbearing, it was just the way the producers chose to portray her.

Howard said he would be miserable if one of his daughters did a show like “Rock the Cradle”: “I feel like it would be exploitation…but if it’s something my daughter needed, I’d be there.” Artie thought it would be rough to watch your kid perform and be judged, but Jesse argued that it was more difficult to be that kid – and singled out one of the show’s judges in particular. Dee laughed: “I think my son is making a series of blunders right now.” Howard noted that Jesse “had a reputation” when he was younger, but Jesse claimed he’d only slept with 7 girls before meeting his wife. Dee backed his son up, saying he and his wife of 32 years must’ve set a bad example, as Jesse has also chosen not to take advantage of “the rock star thing.” Howard then asked if he’d ever seen his father naked, and though Jesse claimed he hadn’t, he wasn’t afraid to speculate that he compared favorably to rumors about his dad’s size: “I’m a Snyder.”