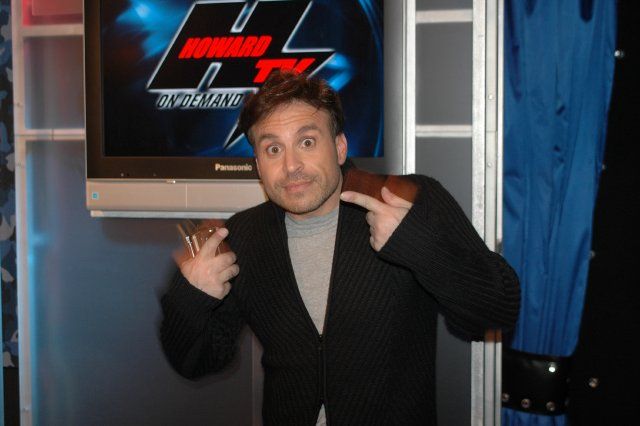 Howard noted that Ant was stopping by, and Artie said, “Oh no,” explaining that Ant always sits on top of the guest couch, stares at him and is way too energetic. Ant came in to explain that he sat on the couch’s back because he’s short and can’t see over the wall that separates them. Howard said he thought it was typical of gay men to monitor any room’s token heterosexual, as they’re worried that the tables might turn and they’ll start being mocked like they were in high school. Ant didn’t argue. Ant told the crew what disgusted him about vaginas: “It’s the bleeding…it’s the bleeding string part.” Howard noted how good Ant was looking this morning, so Ant confessed that he recently lost weight on Nutrisystem: “You know what’s great? [Weight loss] makes the penis look bigger.” Ant continued with the plugs, telling the crew about his new TV show, “Celebracadabra,” in which he accidentally screamed at a kid who turned out to be “mentally slow” (Ant thought he was wearing a skateboarding helmet) for misunderstanding a simple magic trick.

Ant confessed that the mentally challenged weren’t his only problem – he also has uncontrollable road rage and recently got arrested for beating a cab with a tire iron after it cut him off. Gary came in tell the crew that Ant was sleeping in the green room, so Ant explained that he was up all night watching the guy in the hotel across the street masturbate. While Ant was talking about his sexual escapades, he also noted that he banged two senior (male) citizens on one of Rosie O’Donnell’s family-friendly gay cruises. Fred interrupted Ant to ask if he was on anything: “You seem a little jumpy.” Ant said he’d been sober for five years, but he was so devastated by a recent breakup that he’s thinking of having sex with women – and cited a comedian named Tig Notaro as an example of a woman he thought he could sleep with. Ant also noted that he didn’t think Artie was homophobic, but did think Scott DePace was.