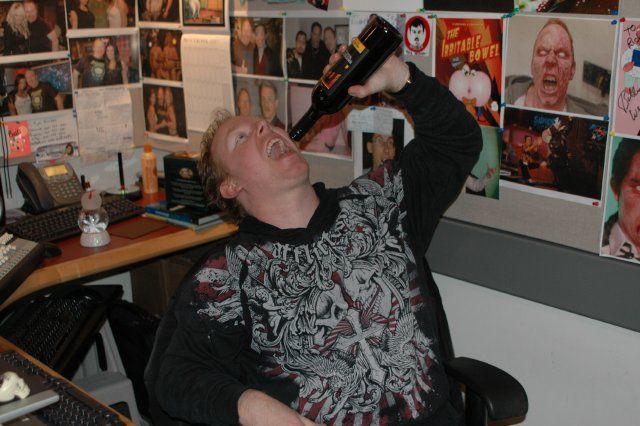 Howard reported that out of all the restaurants in Manhattan, Richard Christy chose to go to Applebee’s for his birthday. Richard came in to explain that “I’m really into appetizers, and [they] have the best appetizers.” Richard said he also snuck alcohol into the New York premiere of “Harold & Kumar Escape from Guantanamo Bay” and polished off an entire bottle of vodka (and a bottle of champagne) within 45 minutes.