The Stern staffer shows off his party injuries. 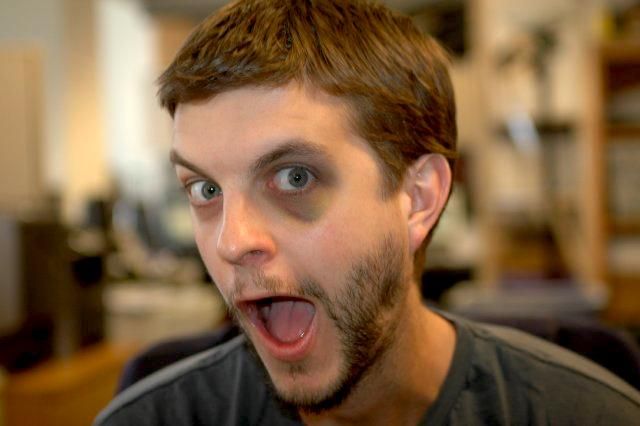 Will came in to throw Sal under the bus, but Howard focused on Will’s black eye instead. Will said he suffered the injury while horsing around at his friend’s bachelor party: “We were wrestling around and somebody punched me.” Howard wondered why Will would wrestle a guy at a bachelor party, so Will explained: “It was one of those crazy weekends. It doesn’t happen all the time.” Howard countered that Will’s crazy weekends weren’t that infrequent, as he’s recently been thrown out of six NYC bars…a fact Will did not deny.