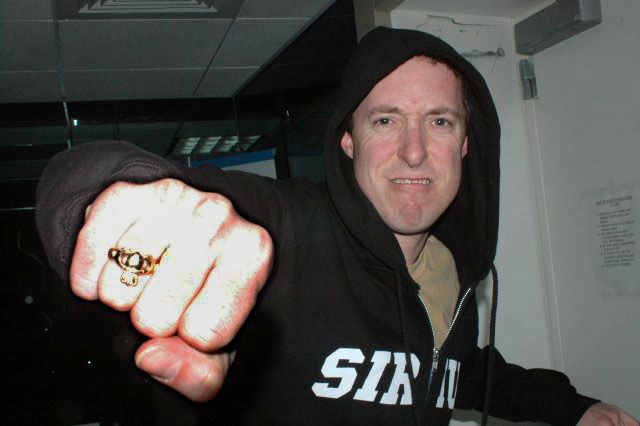 Howard played a clip of Scott Ferrall arguing with one of his producers, Chris Noboa, after Noboa called him a “fair weather” Rangers fan. In the clip, Noboa and Ferrall simultaneously attempt to filibuster over the other until Ferrall finally demanded that Lou, his executive producer, cut to a commercial break in order to diffuse the situation. Howard went on to add that Ferrall fired Noboa during the break, but thought he should consider hiring him back, as the clip was solid gold.