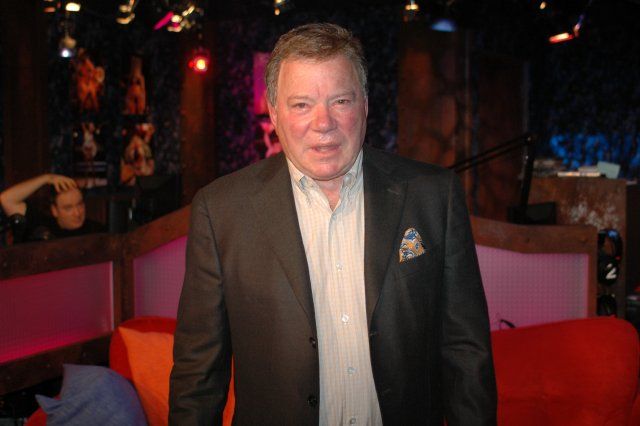 William Shatner stopped by to promote his new book, “Up Till Now,” and Howard commended him for his inclusion on Entertainment Weekly’s “Top 50 TV Icons” list. Bill replied that he’s never been able to watch any of the “Star Trek” episodes that made him an icon, as he didn’t think he was such a great actor. Howard then asked Bill about his infamous exchange with a voiceover recording engineer. Bill explained that the engineer’s input/feedback was horrible and Howard agreed. Howard wondered how Bill treated the other actors on “Star Trek,” and Bill fessed up to being an ass: “I may very well be guilty of all that…I was a very angry man.” Bill added that George Takei’s statements about him could be the result of a homosexual obsession (on George’s part). Howard asked Bill if he was bitter about not being cast in the new “Star Trek” movie, but Bill avoided the question, preferring instead to discuss the unsatisfactory way Captain Kirk was killed off in the last one.

Howard ribbed Bill for plugging his Website twice in his book and asked why he chose this book to finally write about his third wife’s death. Bill said he was automatically under suspicion after her death, so he wanted to publicly explain the situation “for my children”: “It was a terrible terrible experience.” Bill claimed he would act differently if the situation happened again, but the sight of his wife face-down in a pool shocked him: “I looked there and I had the phone in my hand and I looked and dialed the phone…I felt disembodied…There’s no explaining what you feel at [a] moment of horror and crisis.”