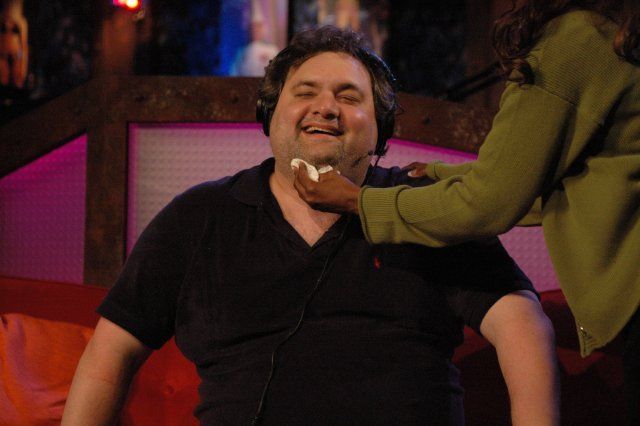 Artie said he talked with some very serious guys from the Defense Department over the break, and they told him about all the subjects that are forbidden from his warzone comedy sets: broads, sex, Bush and politics in general. Gary came in to reveal that the rules killed half his act, but Artie joked that it really didn’t matter what they talk about, as the troops are likely so starved for entertainment, they’ll laugh at anything. Artie laughed that he asked the trip coordinator what he should bring, and she said, “Everything.” Artie claimed they might even have to bring toilet paper: “We’ll be living in tents.” In the middle of Artie’s story, Howard interrupted him to note he was already sweating like he was in the desert. Artie said, “I don’t know, man. I can’t be healthy.” Howard later speculated that Gary would never be able to memorize his act.