Staffer vows to do something about his weight 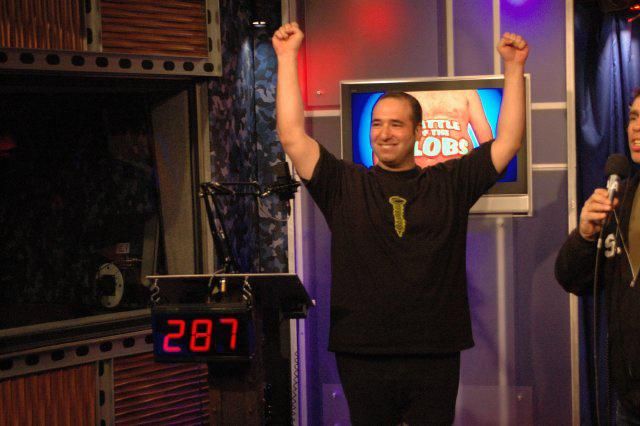 Robin Quivers said the show might need to do an intervention with Jason Kaplan over his weight. Jason came in to admit that he has not been exercising and, though he eats well during the week, he lets it all hang out on the weekend.

Jason also confessed he was going to get fitted for his wedding’s tux this weekend. He wasn’t sure how to tell the tailor he was planning on losing “a little” weight.

Howard then made Jason get on the scale and he came in at 287.

Jason said the only thing that got him to lose weight during the Battle of the Blobs contest was the prospect of being weighed on the air, so Howard promised to weigh him once a week. Jason laughed that it was a good thing – and even thanked Howard – as his next hurdle was the fact that the chairs at Will’s reception aren’t built to withstand more than 250 lbs.