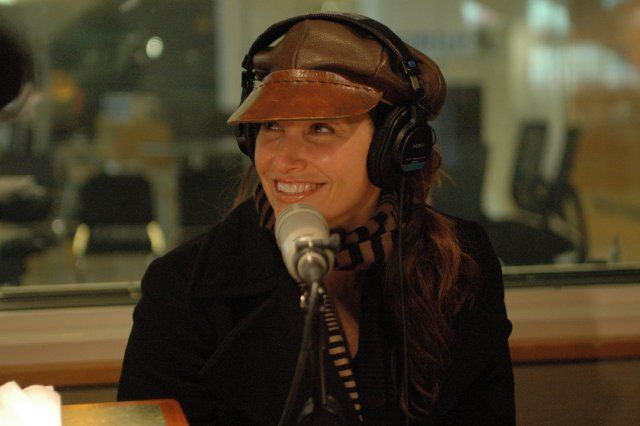 Howard asked Mary if her “Boeing, Boeing” co-star, Gina Gershon, ever talked about the rumors that she’d had an affair with Bill Clinton, and Mary replied that she had: “She said it was false…And I believe her. She’s very honest about all of her stuff…She said she has not made love to Bill Clinton. She cannot believe it. She’s ready to sue…She says hi, by the way.” Howard quickly moved on to the main attraction: Mary’s boobs. After Mary removed the “chicken cutlets” she claimed were enhancing her bust line, Howard took a quick feel and confirmed they were real. Howard then ran Mary through the usual questions, and Mary was very forthright, saying she hadn’t tried anal “to date,” as her husband’s never expressed interest in it. Robin asked Howard if he’d ever tried with Beth, and Howard admitted he had: “I wasn’t successful, but I tried.” Bobo asked if Mary has ever had a sexual dream about Howard, and she admitted it: “Yes. Many.” Mary then told the crew that, like Howard, she grew up in a black neighborhood: “Plainfield [New Jersey] was pretty rough.”