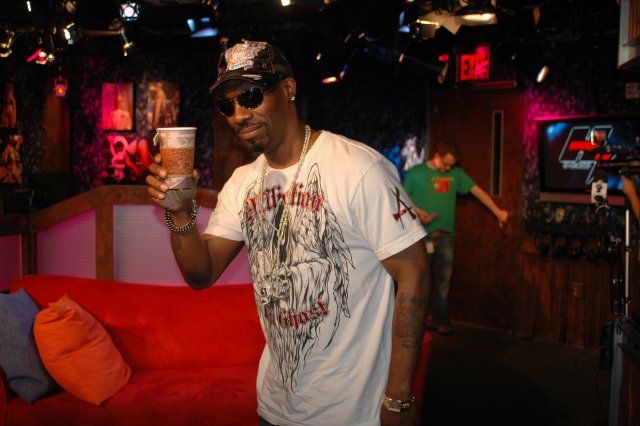 Charlie Murphy stopped by to promote his new DVD, “Bar Starz,” and he and Howard immediately bonded over the nightmarish childhoods they spent in Roosevelt, Long Island.

Howard asked if Charlie had spoken with Dave Chappelle recently, but Charlie admitted he’d only talked with Dave a few times. “In the past three and a half years, not much…whatever’s going on, it must be big. I have no explanation for where he’s at right now,” he said. “It’s strange to me.”

Robin Quivers asked Charlie about his brother, Eddie Murphy, and Eddie’s impromptu wedding in Bora Bora, but Charlie said he wasn’t there due to scheduling conflicts. “It was a Fantasy Island wedding,” Charlie added.

Howard then shifted gears and asked Charlie if he smoked weed.

Charlie then told the crew about sleeping on the freeway in West Virginia. “All the traffic came to a dead halt. We sat there from 9 o’clock at night until 7 the next morning,” he said. “They had a sniper [on the road ahead] who shot three people. We were in a big white limo, which would’ve been a perfect target.”