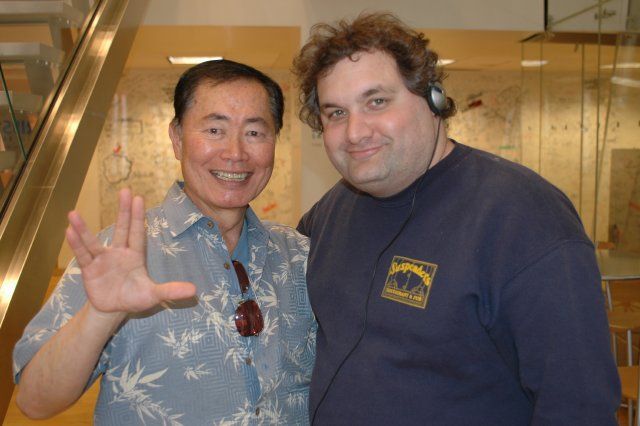 A guy named Gary called in claiming to be the Commander of all the Star Trek fan clubs and, despite his nerdy hobby, a pretty normal guy: he’s 50, married with two children and employed as a security guard at a government facility. Robin asked if his whole family was into Star Trek, but Gary confessed they all thought his hobby was pretty nutty. Gary was particularly proud of his Star Trek costume contest victories, and Baba Booey quickly located a picture of Gary in full Trekkie regalia. Howard laughed: “I’m looking at a picture of you. Shame on you.”

Howard asked Gary if he ever liked to pretend he was guarding a Star Trek facility while at work, and Gary fessed up: “Sometimes when I’m in the elevator, I’ll say ‘Kirk to bridge.'” Robin and Artie were particularly amused by the guy’s propensity for referring to different Star Trek series with acronyms: TOS (the original series), DSN (Deep Space Nine) and TNG (The Next Generation). Gary then plugged his upcoming Star Trek convention appearances, leading Artie to joke: “Set your phasers to fun!”