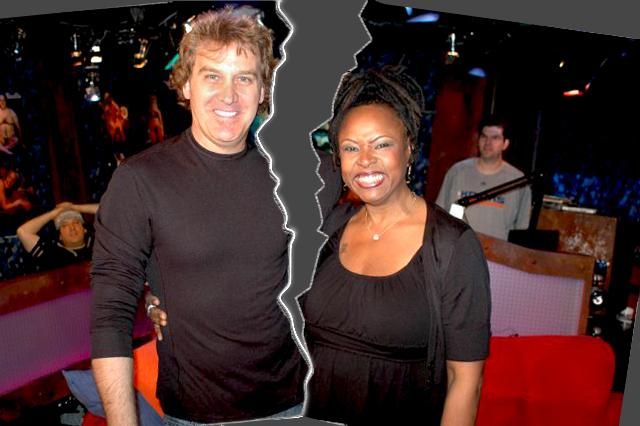 Howard congratulated Robin on putting a “good face” on her break-up with Jim Florentine, but Robin said she wasn’t exactly pleased: “Who would be happy about it?”

Howard said he’d heard that Robin was more hurt and upset than she was letting on, so Robin asked who he’d been talking to.

Howard admitted he was just mining for material and was still annoyed that Robin hadn’t heard him when he was yelling at her in Central Park. Howard then remarked that if Robin was serious about wanting to date a 25-year-old now, he had the perfect guy for her – and read a letter from a guy who works nearby and wants to be Robin’s next conquest.

Robin looked at the pictures and said the kid looked very all-American, so Howard told Gary to book the guy. Robin said she hoped the kid was not, like Jim (“toward the end”), prone to game-playing.