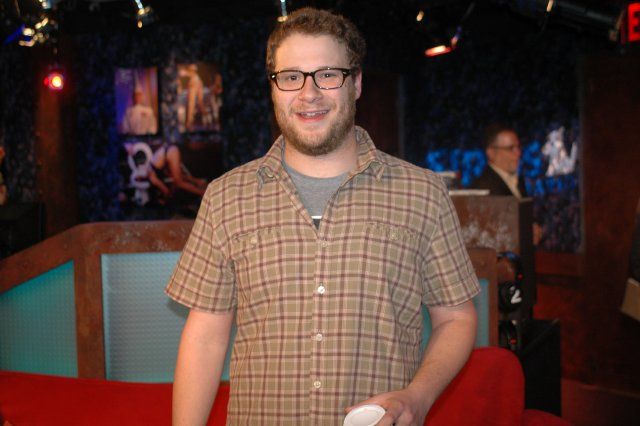 Seth Rogen stopped by to promote “Pineapple Express” and said he was happy with the film’s success, as its box office take on opening weekend nearly covered the movie’s break-even point.

Howard asked if Seth smoked a lot of weed and Seth admitted he did. “Like, every day in high school,” he said with a laugh.

Seth told the crew about writing and starring in the upcoming remake of the ’60s action series “The Green Hornet.” He said he’d be working on the script with his writing partner, Evan Goldberg.

As for playing a superhero on the big screen, Seth said he’s been preparing for his next role. “I’m trying to lose weight … you have to believe I can do physical activity,” he told Howard.