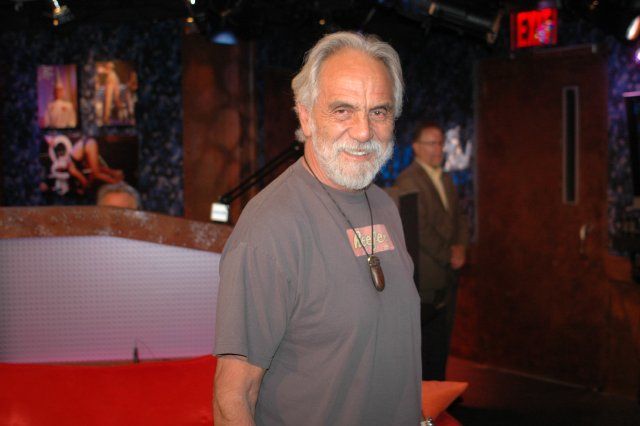 Tommy Chong stopped by to promote the Cheech & Chong reunion and told the crew it was great to be back with his old friend. Howard wondered what sparked the reconciliation, so Tommy cited his Cheech & Chong biography and Cheech’s recent divorce as the primary factors. Tommy added that their first rehearsals were just like old times – it felt like they’d only been apart for twenty minutes. Robin asked how the two met each other in the first place, and Tommy said Cheech was draft-dodging in Canada at about the same time his “acting group” broke up: “We formed a band at first.” Artie remarked that he had heard Jack Nicholson was the inspiration for Cheech & Chong’s big hit, “Basketball Jones,” and Tommy confirmed it: Jack once erratically drove them to a Lakers game on the wrong side of the road, so the two started making up lyrics in the backseat to calm their nerves.

Tommy told the crew about the famous people he ran with back in the day, like Jimi Hendrix (“When I hung out with him, he was more of a junkie.”), Michael Jackson (“He was as big as you could get when he was that age…he never really moved on.”), Bob Dylan (“We played basketball…He tried to drive past me and I dumped him on his ass.”). Tommy also cited Redd Foxx and Steve Martin as the greatest comedians he’d ever seen: “[They] could build an audience up and bring ’em down.”