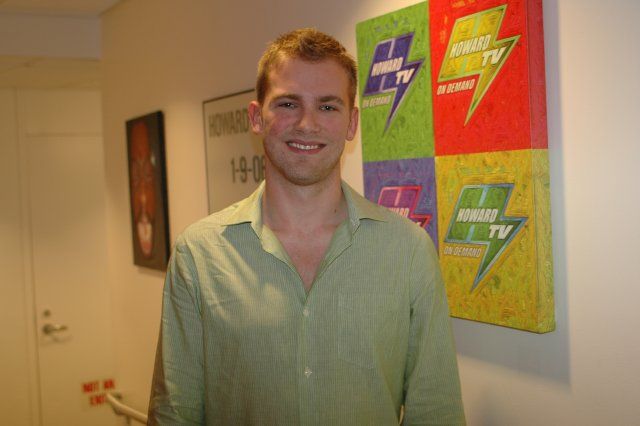 A 25-year-old kid named Mark stopped by to ask Robin out, and the crew remarked that he looked kind of like David Beckham. Robin thought he looked a little more like K.C. Armstrong. Mark showed that he wasn’t just handsome: he’d brought Robin some items from a vegan bakery. Howard asked Mark how old he thought Robin was, and Mark correctly answered that Robin was 56: “She looks even better in person.” Robin was pleased: “He says all the right things.”