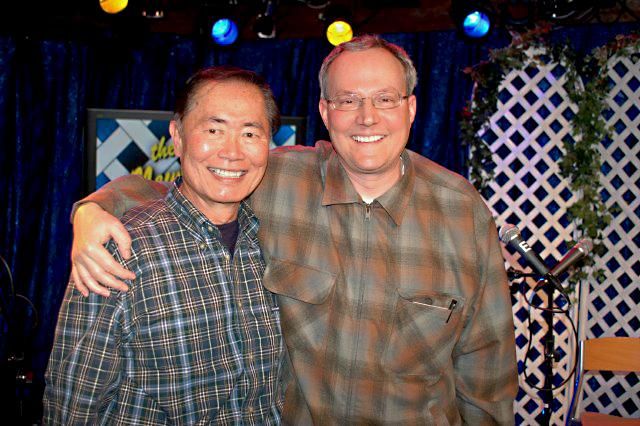 Howard asked George if he had a conversation with Brad about a pre-nup last night, and George said he had: Brad agreed straight-out that it would be a good idea. George also confessed that Brad agreed to an additional day of sex every week, adding Wednesdays to their Sunday routine. Howard said he was glad to hear it. Dominic Barbara then called in to warn George that it was illegal to include twice-weekly sex in a pre-nup. Howard played a clip from yesterday’s Wrap-Up Show of George revealing that he has two paintings of his fiancé in the nude, one of a young Brad and the other more recent. Howard asked George why he didn’t just have a photographer take a picture, so George explained that he was friends with the artists. Howard also wondered if George ever pleasured himself to the pictures, but George said no: “I can’t see them from the shower.”