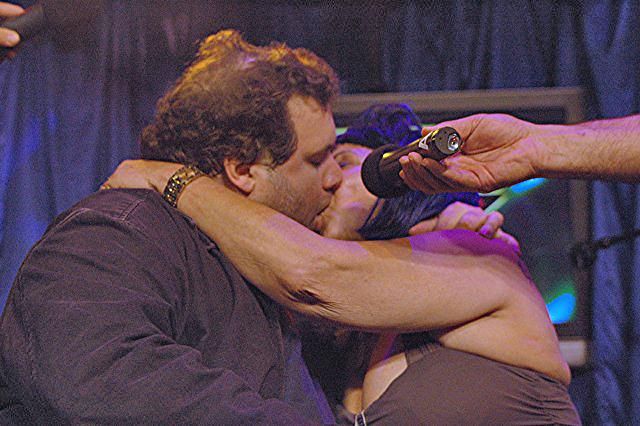 Artie told a story about making out with a chick who thought he was Andy Richter: “I felt bad about it because I never told her I wasn’t Andy Richter. And Andy’s married.” Artie said he met the drunk girl – a “Secaucus seven” (otherwise known as a five) – at Wrigley Field and spun a lot of over-the-top backstage-at-Conan stories. The girl bought all of ’em and ended up going back to his hotel with him.