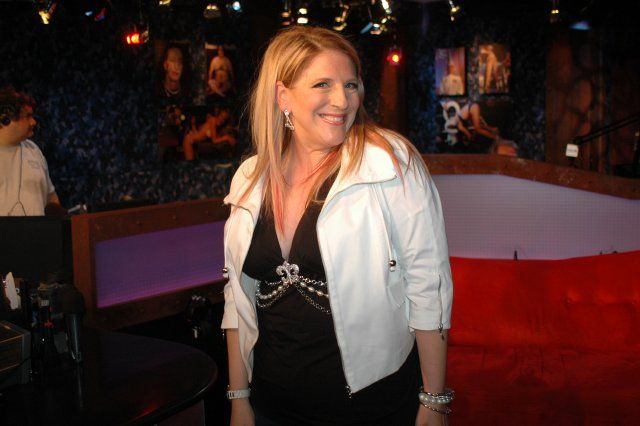 Lisa Lampanelli came in to promote her advice show – tonight at 7pm on Howard101 – and Howard told her that people are saying she’s changed. Lisa explained that she turned down the Bob Saget roast because she had a conflicting engagement and went to rehab for her “rage issues”: “I haven’t yelled at anybody for 93 days.” Lisa said her rehab was very trying: “I [have to] say, ‘Hi, I’m Lisa, I’m a compulsive eater and a codependent.'” Howard asked how someone could be addicted to men, so Lisa replied that she hasn’t been alone since she was 12: “Now I have to wait a year before I can date.” Lisa said it was easier to quit men than lose weight, so she’s taken up dancing for exercise: “I met a Rockette at the fag hair salon and she’s giving me lessons.” Lisa added that it was probably for the better, as three of her exes have died in the last year. Lisa’s brush with death also followed her to rehab, where she berated a fellow addict to attempt suicide, “I felt no guilt and I’ll tell you why: It was my last day and that’s how you go out.” Howard then asked how Lisa’s new sitcom came together, so she explained how Jim Carrey contacted her and proposed that they work on a show: “He has, like, five assistants.”