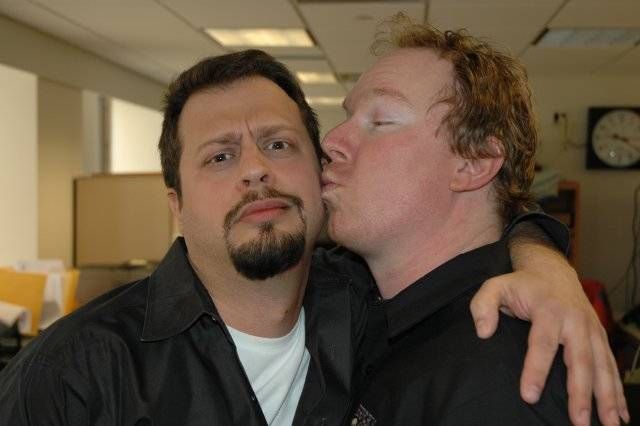 Howard laughed that Richard & Sal’s CNN make-out session could very well soon be the most viewed video on YouTube. Somehow the conversation turned into speculation over who would win in a fight. Howard thought Richard would choke Sal out with his retard/farmboy strength. Fred countered that Sal might be able to pin Richard down, but the end result would be gay either way.