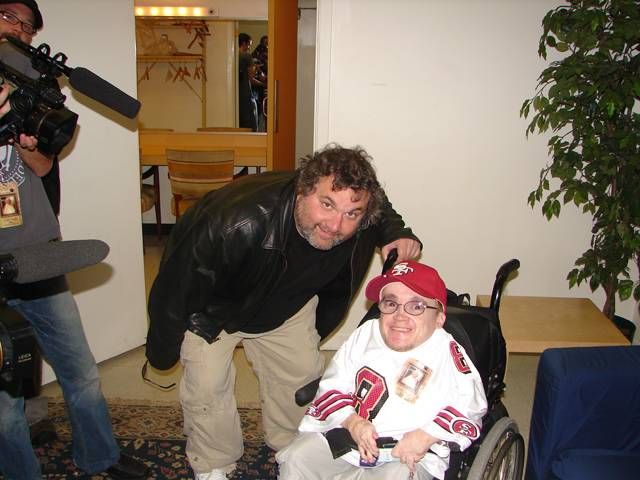 Eric the Midget called in to say he met Artie over the weekend. Artie confirmed Eric’s account: “Eric is a pussycat in real life.” Howard saw a picture of the two together and joked that Artie looked like he posed a greater risk to Eric than the boa constrictor in Vegas. Eric said he was now on Team Artie: “He would have to take a jab at me before I would take a jab at him.” Howard asked if Eric enjoyed himself at the show, and Eric replied that he did: “I laughed quite a bit.”