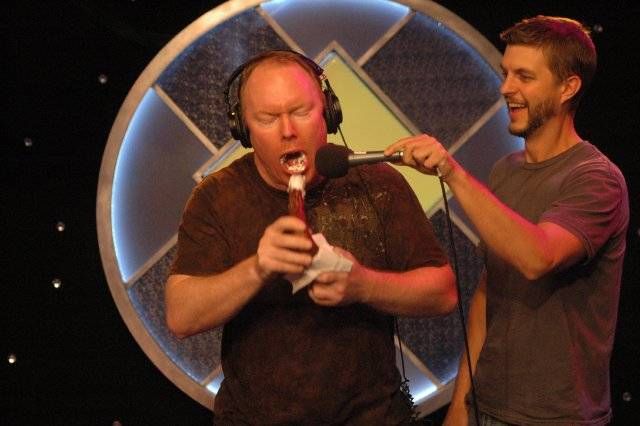 Sal reported that Richard eats a never-ending breakfast every morning: first, an egg white omelet with turkey bacon and feta cheese, then oatmeal with skim milk and granola, and finally, a few frosting-topped granola bars. Richard confirmed Sal’s account: “I try to get my eating done in the morning.” Sal noted that Richard ate so much yesterday that he shat himself, so Richard explained, “Well, I love potato salad and I ate too much of it…It wasn’t as bad as it usually is. I just wiped it up.” Sal said Richard’s pants looked like an “overloaded baby diaper.”