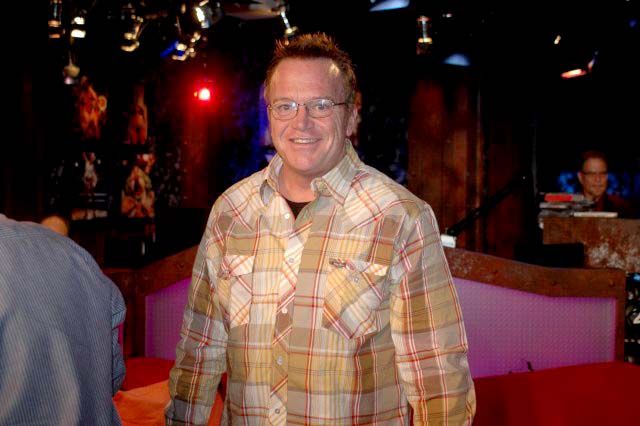 Tom Arnold stopped by to promote the second season of his reality TV show, “My Big Redneck Wedding,” and told the crew he’d been “cleansing” for the past two weeks. “It’s way worse than getting off booze or cocaine,” he said.

Tom said he recently met a 17-year-old mother while he was in the hospital and was inspired to have children. Unfortunately, Tom’s sperm count was too low, so he’s had acupuncture in and paid for several expensive fertility treatments for his girlfriend. To offset the cost he invested in a couple Canadian gold mines with a bunch of famous Canadian hockey players, but he said the mines never paid out. Howard joked that it seemed more likely that Tom and his partners were the gold mine for the people who got them to invest.