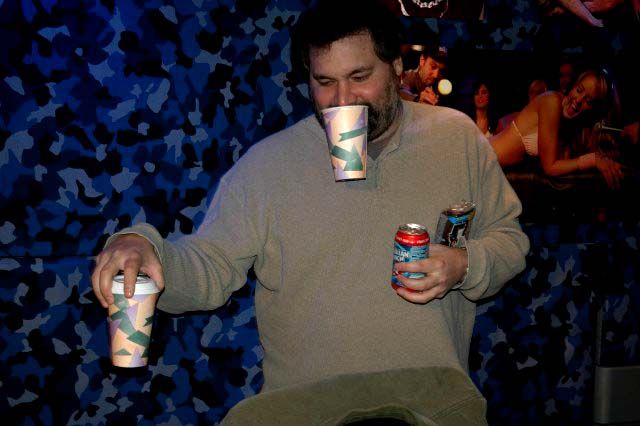 Gary told Howard that he tried to hand Artie his breakfast bagel this morning, but Artie couldn’t take it, as he had cupcakes in both hands. Gary wondered why Artie didn’t just put the bagel in his mouth and carry it that way, to which Artie replied: “Because I’m not an animal.” Howard then laughed about the photo in the office hallway of a similar scenario, and Artie agreed that the picture was funny: “[They caught me with] a coffee in one hand, a cup of ice in my mouth, a cupcake in the other hand and, under my shoulder, a package of Devil Dogs.”