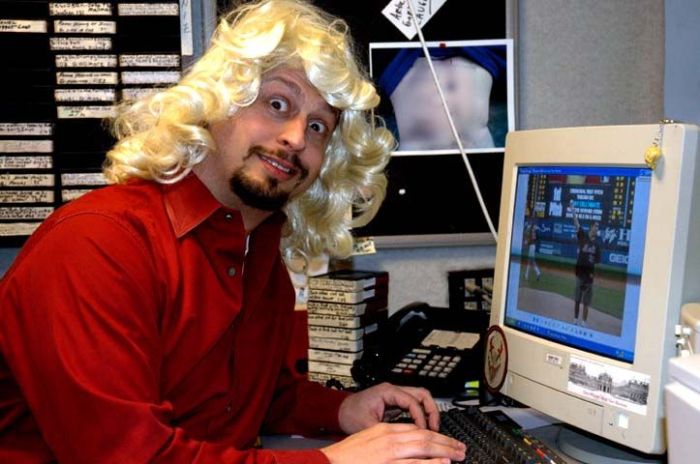 Gary reported that the Website Christy Brinkley’s former husband, Peter Cook used to video-chat was called Adult Friend Finder. HowardTV logged Howard into the site and Howard began chatting live with a girl in the New York area: “[Write that] I need to talk to a chick now and show my cock.” Howard balked at following through himself, however, telling Artie: “Go in Gary’s office and show her your cock.” Sal came in to tell how he used to frequent video-chat sites himself: “I would put on a wig and sunglasses and dim the lights and go into the lesbian chat rooms…I would get to see these lesbians naked.” Gary laughingly asked, “Didn’t your wife once wake up in the middle of the night and catch you in the wig?” Sal confessed that she had.