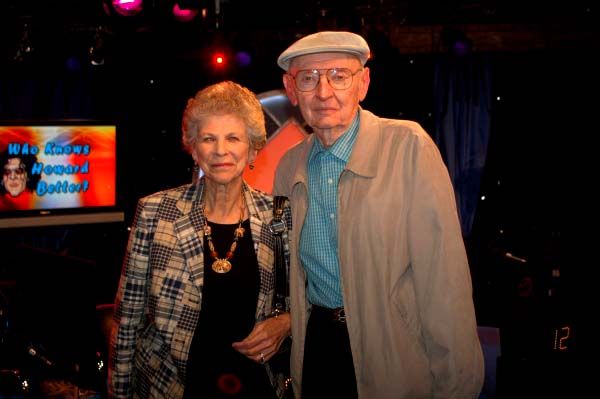 Howard’s mother called in to complain about the questions asked during Monday’s “Who Knows Howard Best?” contest: “You berate [your father] all the time…and certainly don’t give him a clue that he’s your hero.” Howard thought his parents should at least know how many tattoos he had but tried to console her anyway: “You still had eight right answers.” Ray didn’t want to hear it and instead made a dig at Howard’s thrice-weekly therapy sessions: “I can’t imagine what has been going on [with your psychiatrist] for so many years.” Howard quickly turned the tables: “You want to be honest? I talk a lot about you…Listen, you and I were locked up in that house together and a lot went down. You told me I was your ambassador to the world. That turned me into Jesus Christ!” Robin asked Ray if her relationship with Howard had improved since he began therapy, but Howard cut in: “Of course it has.” Ray, however, begged to differ: “That’s what you think.”