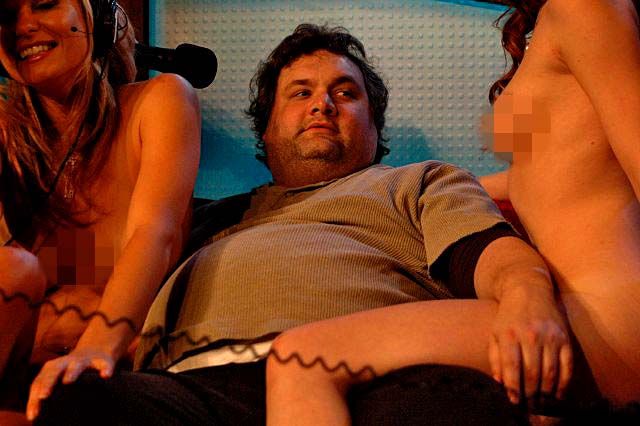 Howard started off the show talking gambling with Artie, who said that he was up $41,000 playing poker in Atlantic City over the weekend (“I know three gindaloons from Bloomfield Avenue that transferred their wealth to me this weekend.”). Without any help from the Jets though : “The Jets will always f’ you even if a chick won’t.” Howard asked if Artie has told his therapist about his gambling, and Artie said he had, just not all of it. Artie laughed that he got a limo home from the poker game and stocked it with two strippers, a white girl and a Hispanic chick: “They were solid Vegas 7s but Jersey 9.5s…I got oral three times on the way to the home.” One of the girls put the condom on with her mouth: “I’m not sure how they practice that.” Artie said the Hispanic chick did him twice, but the white girl spent most of time text messaging, only stopping long enough to give him oral once. Afterward, Artie told the driver to stop at Burger King where all went in together (Artie, the driver and both strippers) and ate their double cheeseburgers in the corner.