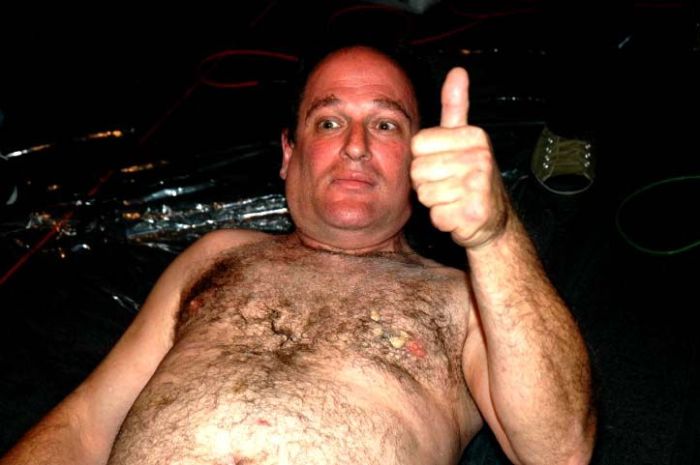 Jeff “The Vomit Guy” Levy called in to promote the haunted house that had hired him for the season and laughed that Jeff was the perfect guy for the “haunt” biz: “Jeff’s as scary as they come.” Jeff said he was last vomited on by a Puerto Rican prostitute named Gina about 6 months ago: “It cost me about 85 dollars…she came cheap because she was kind of on the heavyset side and needed as much business as possible.” Jeff then set the scene, saying he lied down in the bathtub and masturbated with the whore’s puke.