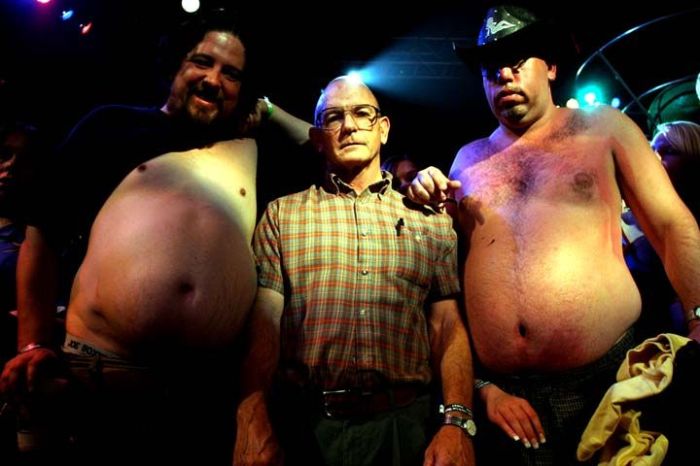 Howard got Joey Boots and High Pitch Erik on the phone to discuss tomorrow’s Craptacular. Both complained that they needed money to load up on food, so Howard told them that he was more interested in the average amount of shit they make – not the maximum. Artie asked Joey when he’d last had gay sex, and Joey confessed that he got oral from a guy he met on the Internet three weeks ago. Gary then asked High Pitch if he was going to take part in an upcoming promotion called The Wheel of Panic which involved doing things with dead fish for $5,000, but he refused: “I just want to get the Craptacular over…I have a fear of fish and I don’t want to do it.” When Howard asked Eric where he thought his fish problem came from, Eric answered, “The ocean.” Later in the show, Gary said he got an email from Eric saying he might be interested in doing the bit for $10,000 or $20,000.