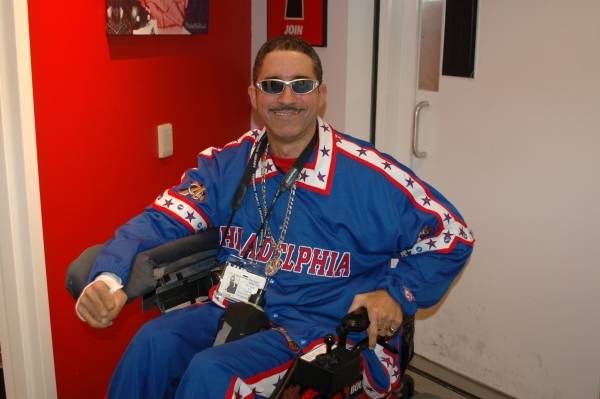 Ham Hands Bill stopped to promote his “I Want To Be the Next Howard Stern” test show (tonight on Howard 101 at 7pm ET) and told the crew that even he couldn’t believe some of the things he said in his demo: “This is a contest…and I wanted to explore it.” Howard asked if Ham Hands’ perversions were caused by his injury, and Ham Hands’ admitted they might be: “It was an accident and it affected my whole right side. It was a head injury.” Ham Hands also said it could be due to the rough neighborhood he grew up in: “There were prostitutes and drugs…You [had] to defend your friends and fight for yourself.” Howard asked what Ham Hands planned on doing for tonight’s show, so Ham Hands said he was going to reveal something about himself: “Something I didn’t even know…sometimes I surprise myself. It became a big deal to me once I found out about it. It’s a big deal to me. I don’t know if it’ll be a big deal to you.” Howard speculated that Ham Hands might beat off during tonight’s show, and Ham Hands admitted he might: “I don’t know. If Robin calls.”

When asked about the purpose for pubic hair, Ham Hands mused: “The hair captures the smell. The combination of the smell of the behind and the vagina makes it…Have you ever done a 69 with a girl with her panties on? Right through the panties, which is nice…it’s something natural, you know what I mean? Some guys like stinky…but you and me just a little bit…when the panties get to your face, you enjoy that aroma…just like the moose, you lick your lips with anticipation.”