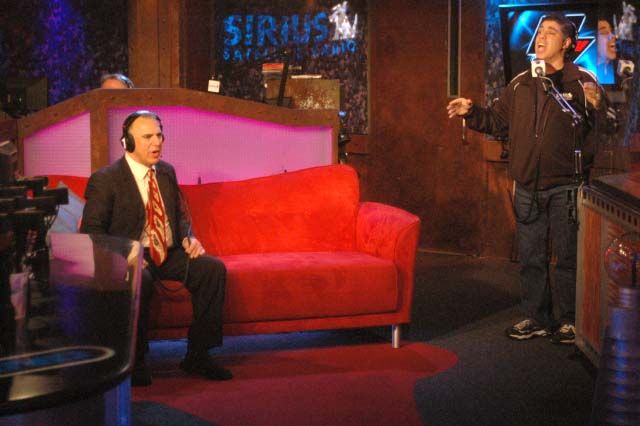 Jay Thomas stopped by to promote his show on Sirius XM Stars Too 108 and told Howard a lot of comedians he talked to on his show had endured rough (or at least odd) childhoods.

Jay said he had to introduce Shuli Egar at Caroline’s tonight: “And I don’t have an act!”

Howard thought Jay would do well, as he gave a killer toast at their (shared) agent’s birthday party. Jay replied: “If I do well, I’m gonna be a stand-up comedian again.”

Howard asked after Jay’s family, so Jay laughed that one of his sons has become a crack shot: “He said to us recently, ‘I don’t want to go to college. I want to become a gunsmith. It’s all I think about all day.'”