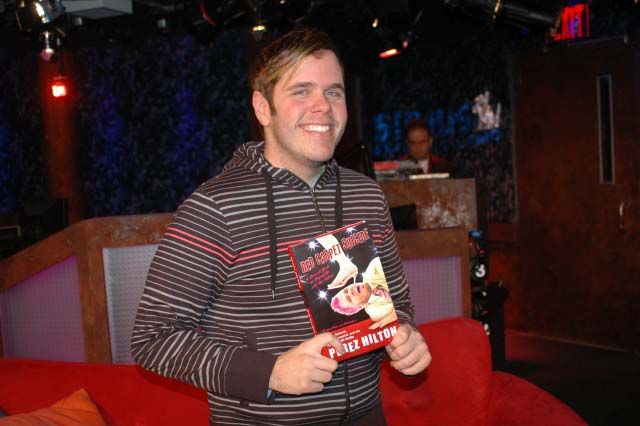 Perez Hilton stopped by to promote his new book, “Red Carpet Suicide: A Survival Guide for Keeping Up with the Hiltons,” explaining that it was an instruction manual for becoming more “Hilton-like.” That is, being famous just for being famous, like Paris Hilton, Kim Kardashian and Spencer Pratt.

When asked if any celebrities have ever confronted him over things he’s written about them, Perez revealed Tara Reid once threatened to throw him in a pool. The crew also wanted to know what was up with Lindsay Lohan, and Perez reported (in his opinion), “She’s addicted to sex like she was addicted—and still might be addicted—to drugs.”

When asked what the big story is these days, Perez cited Brad Pitt denying Jennifer Aniston’s claim that she was still married to him when he hooked up with Angelina Jolie.