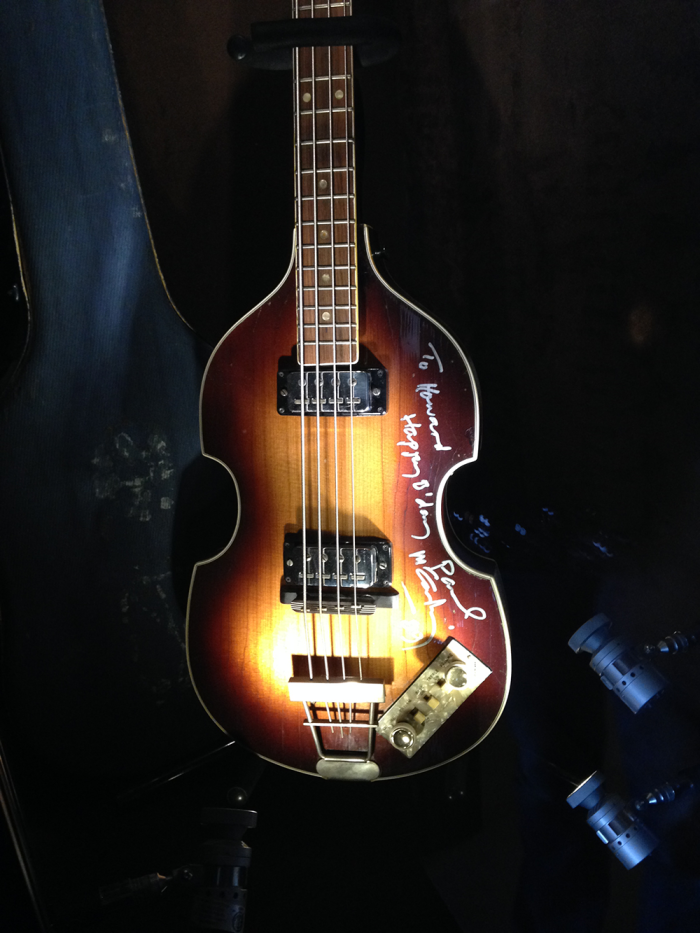 Fred started off the show telling Howard about the Hofner Bass Paul McCartney gave him yesterday, explaining that it wasn’t authentic – it had been “distressed” by the manufacturer (and was right-handed instead of left-handed). Fred said it wasn’t worthless, as distressed replicas are now “big business” in the guitar industry and Paul had personalized it (by signing it, “To Howard, Paul McCartney”).

Howard noted that he always checks the prices of gifts he’s been given, so he went on eBay yesterday and found the same guitar available for $14,500. Howard then opened Robin’s birthday gift: “Wow. There’s three bottles of wine in each box.” Howard read the accompanying note, which explained that the wines were hand selected by Robin. Robin said the wines in each box were all the same, so Howard could drink one now and store the others and try them years later so he could taste how they’d aged.