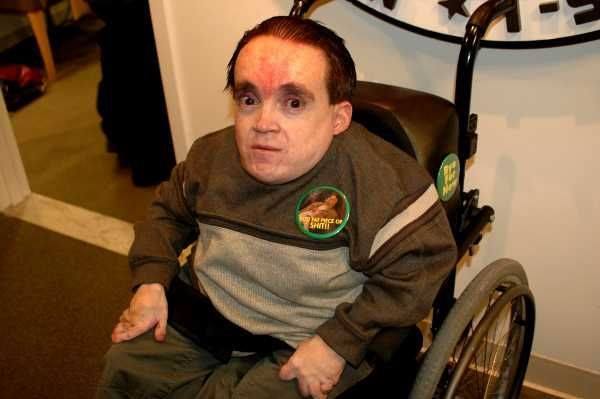 Eric the Midget called in to say he wanted to hear more clips from his “American Idol” commentary show, so Howard explained that he wasn’t playing them because Eric never talks on his show – he just sits there and squawks occasionally.

HowardTV brought up Eric’s webcam feed on the in-studio monitors and Howard was blown away: “Take a look at that blotchiness! Maybe [use] a cream or something.” Artie was disgusted: “Did you get bit by an enormous spider?”