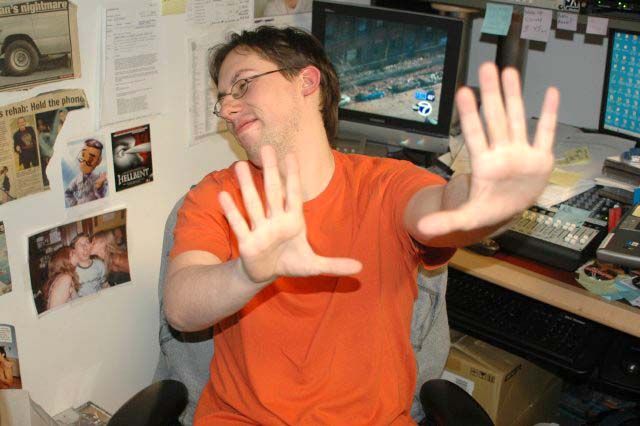 Howard decided to give another caller a chance at the game, and picked up Susie, who turned out to be the chick from last week who wanted to date JD. Susie said she’d sent in some pictures of herself, so HowardTV brought them up on the in-studio monitors. Benjy thought she was attracted, but JD came in to say he was worried about Susie being weird, telling her, “Now that you’ve called in twice, I’m really not interested.”

Howard then moved on and allowed Susie her chance at The Britney Stevens Game:

What country do Chinese people come from? Susie predicted that Britney would know the answer, and was right: “China!”

Who is Bruce Wayne’s alter-ego? Ignoring Robin’s advice, Susie said Britney would space out – and was right again: “Robin?”

How many playing cards are there in a deck? Susie guessed that Britney would drop the ball – and won the cash: “28?”

Howard then congratulated Susie on her win and wished her luck finding a nerd to love.