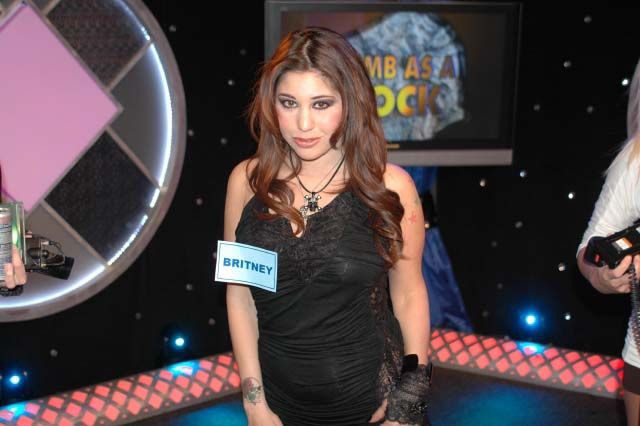 Howard said the callers must get three out of five to take the prize and started in with the clips: How many planets are in our solar system? The first caller didn’t think she’d get it, but got it wrong. Britney knew the answer: “Nine.” What does CD stand for? The caller correctly predicted that Britney would mess up: “Cassette disk?” Who is Hillary Clinton married to? The caller went out on a limb and guessed that Britney would know the answer. The risk paid off: “Bill Clinton.” What do you call a female deer? The caller won $500 guessing there was no way Britney would know: “The antelope?”

Howard then went to the second caller: What sport is Wayne Gretsky known for playing? The caller correctly predicted that Britney would say hockey. How many months are in a year? Again the caller bet on Britney knowing the answer (this time, “12.”) and scored another point. Name a country in Europe? The caller’s first misstep was thinking Britney would get three in a row: “A country in Europe? I don’t know.” Who is Fred Flinstone’s best friend? The caller said, “It’s impossible that she’d know it.” Britney proved him wrong: “Barney?” What was the Hindenberg? The caller didn’t think Britney knew, and was right: “I don’t know.” Howard then congratulated him on the winning $500 and moved on