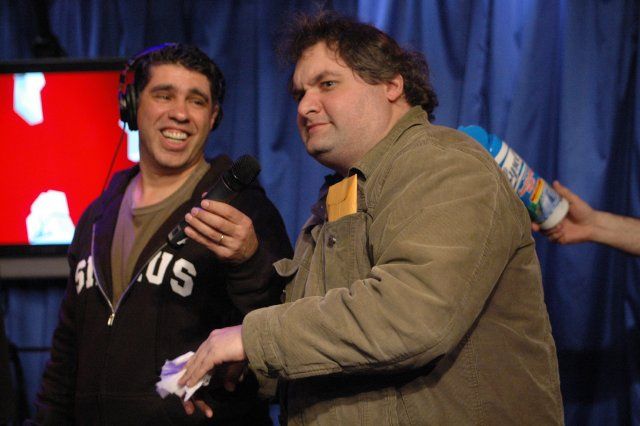 Artie started off the show confessing that he called Gary over the weekend to apologize again for the argument they had on air last week: “I’m in a bad way lately.”

Artie said something happened in his personal life that has him waking up with sweat-drenched sheets: “You know that great Onion joke, ‘Depression Hits Losers the Worst?’ Shit happens and then you get depressed about it.” Artie added that he also called Will and Jon Hein to apologize for striking out at them as well.